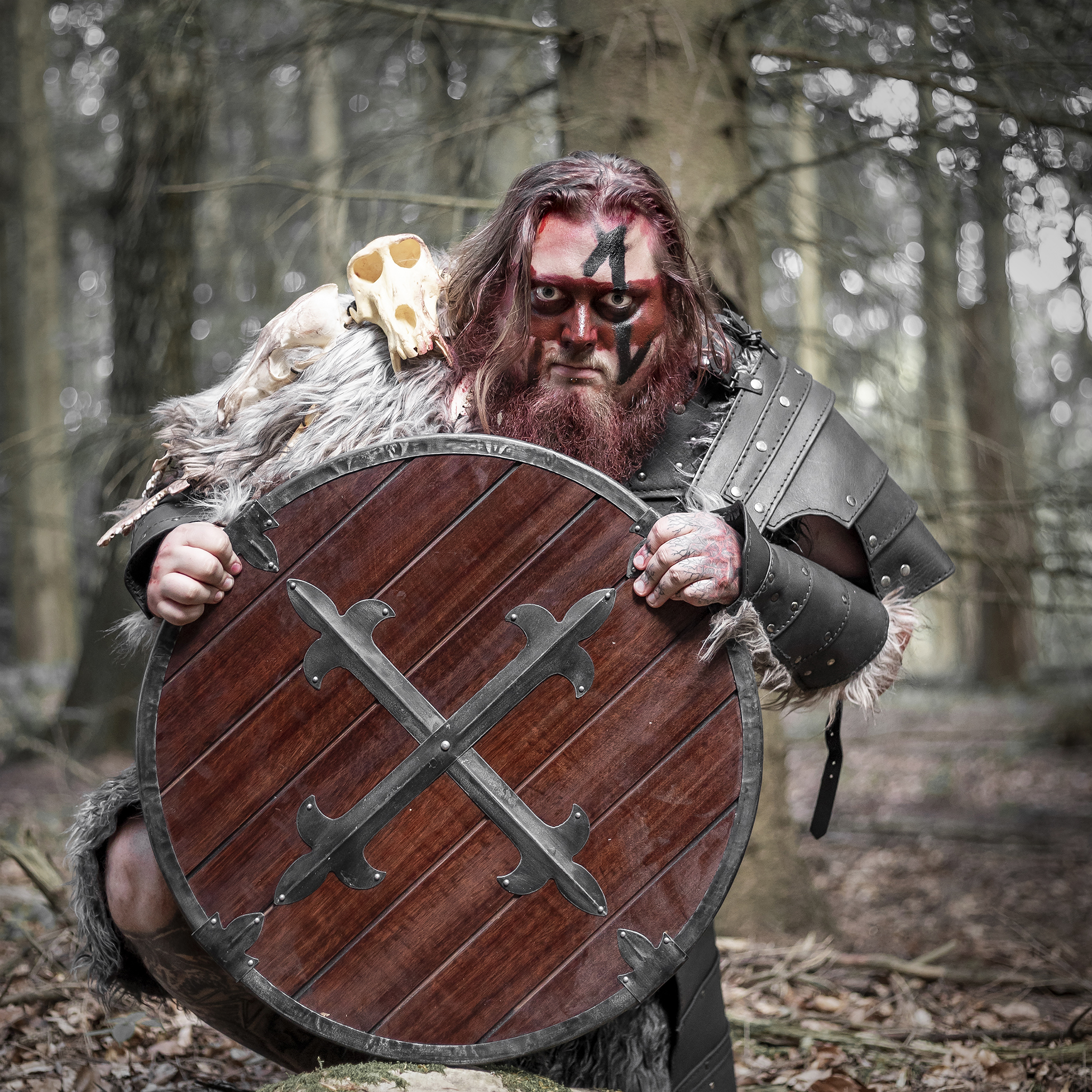 Weapon of choice: The Soulcatcher

An outcast from the people, Wulfhere was left to die in the woods at birth by the elders of
Asgard. He evolved his surviving skills by fighting the deadly creatures lurking deep in the
darkest parts of nature, where peril waits behind every corner. He was found and accepted by
his battle-companions in the war-party Vanquisher, which soon became his only pack.

The four others in this company chose to be loved by him, whose long dwelling in the wild
had made him seem more like a beast than man, but all others tremble in fear upon meeting
the one they call “The Executioner”, for a wolf’s allegiance is to his pack, and no one else.

Wulfhere was in charge of a company of Aesir reavers during the battle between Heimdal and
Conan in Nordheim, in which Horsa, Gorm and Niord were participating. During a Vanir
ambush, all of Wulfhere’s reavers (including himself) fell in the end before the blades of the
Vanir, whom they also ended; all except for Niord, Horsa and Gorm, who thought Wulfhere
to have perished. But Wulfhere’s many years of living in the wild had developed his survival
skills and after some time being passed out in the snows among the fallen reavers, his hardened
body awoke. The presence of the war-party was long gone, but Wulfhere’s wolf-like
senses could catch their lingering scent, making it possible for him to track down his brothers
and reunite with them once again.